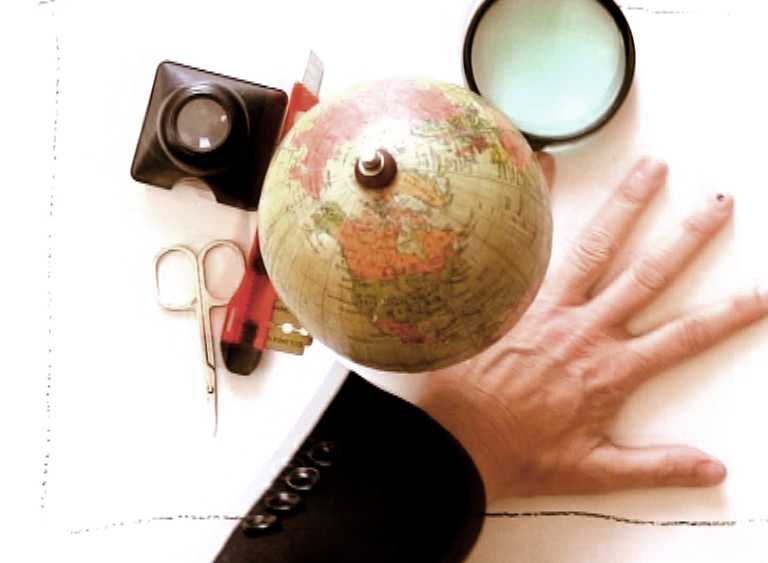 No War but Class War!

What does it mean to perform class struggle? It means to expose the social antagonism – class struggle, that cuts through the present World, while we are not only being disgusted but furious on what capitalism and its military and economic alliances, formations, structures, institutions did and do to our lives. Financial capital transformed us in slaves and beggars, and deprived of any future. It exploited, expropriated, for decades, centuries, in the bloodiest way all those outside of the first capitalist world. It deprived millions of life! Therefore, I propose class struggle to be the only possible political, aesthetical and intervention politics and the only possible form of this video.

Coloniality that is different from the historical colonialism is the hidden logic of contemporary capital and makes possible here and now the imperial transformation and colonial management of the world in the name of fake parameters: progress, civilization, development, and democracy. This process of coloniality is grounded in the Western rhetoric of modernization and salvation, through which global capitalism attempts to disgustingly snobbish and when is not possible with pure violence and death of millions to reorganize what it calls “human” capital. In a capitalist apocalyptic scenario, technology gets out of control; it seeks only progress and development, and in this fake progress only scientists, or artists, who can be involved are those from the First capitalist World. You will be hard pressed to find any trace of a position that originates anywhere outside of the Western neoliberal capitalism.

I quote Achille Mbembe, read carefully: “When sovereign power has taken control over mortality and has defined life as the very site of the manifestation of absolute power, we need to start asking different questions. One such question is who has the right to kill? What does the implementation of such a right tell us? How can we account for the contemporary ways in which the political, under the guise of war, of resistance or of the fight against terror, makes the murder of the enemy its primary and absolute objective?”

What computer technology and virtual reality put forward is in fact an “anti-politics”! Such technologies are seen as a “consensual hallucination,” the new “final frontier,” an out-of-control realm in which only “post-humans” can live. But what are real humans doing in the meantime – those who sometimes are not even considered to be fully human? They are looking for discarded food in the immense garbage dumps on the outskirts of the big cities of Asia, Latin America, Africa, and Eastern Europe and today with the recession in Europe and USA as well.

I repeat what we have written: The European Union continuously speaks of how everything is becoming increasingly democratic as well as more liberal and open to democratic possibilities and potentialities now, while in reality we face and witness fascist tendencies, racist public speeches, and a torrent of hatred attitudes that have become normalized and easily cohabit with the neo-liberal capitalist machine, which is disgustingly tolerant of the social and political processes of discrimination, enslavement, exploitation. In order to better understand the speculative disaster by financial capital, it is necessary to take a two-fold path: one is historical and the other lies in the possibility of analyzing contemporary forms of racism within Europe and the rest of the world that are hidden behind the financial capital disaster crisis. Domenico Losurdo stated that in order to understand historical and contemporary imperialism, it is necessary to endorse the analysis of liberalism and of colonialism, which forms the foundation for Western imperial wealth. We can trace a direct link — which has been forgotten in the present-day – between the United States of America colonial roots and Nazi Germany’s Third Reich. It unites racist movements all over the world and justifies economic, social, and political expropriation effectuated by capital, giving a “rational” foundation to its most brutal aggressions, including colonialism and war.

It is precisely on this point that we can continue to think about new forms of coloniality within the European Union or within the “new Europe” that fosters processes of connection and hybridization between old and new European states. The Fortress Europe performs a process of drastically employed exploitation of all those who work in catastrophically precarious conditions, are underpaid below the existential limit and poverty line, and are as well without legal documents or rights to vote and to citizenship. This is a new form of exploitation that in reference to Balibar I can name as “Class Racism” or “Racialization without Race” and is going on throughout the Fortress Europe and US.

– Achille Mbembe, On the Postcolony, University of California Press, Berkeley 2001.

– Savonarola, “Nietzsche, Class Racism and the Fantasies of Europe,” The Institute for Conjunctural Research, 2007