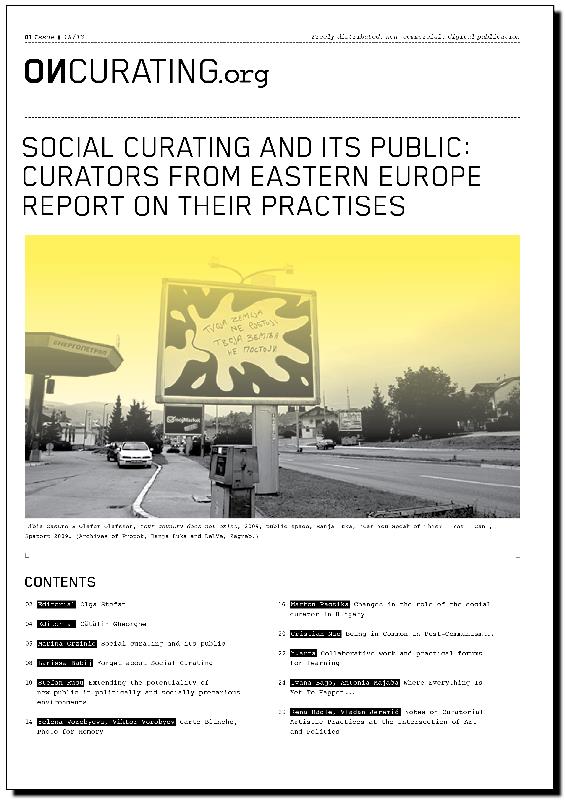 OnCurating Issue 18!  SOCIAL CURATING AND ITS PUBLIC.
www.on-curating.org
Join us for a launch at Friday 14th of June, 7 pm, Hafnerstr. 31 Zurich.

SOCIAL CURATING AND ITS PUBLIC: CURATORS FROM EASTERN EUROPE REPORT ON THEIR PRACTISES

In this issue of On Curating, guest editors Olga Stefan and Catalin Gheorghe revisit the topic of socially engaged art and curating, focussing their attention to some former Eastern European countries. In an area where societies are still rapidly transforming and where the need for social transformation seems even more urgent, socially engaged practices can be seen as a powerful form of political resistance to the dehumanizing effect of neoliberal policies. The contributors were invited to respond to different aspects of social curating and its public. Aspects ranging from how the ‘social’ is understood and approached in projects by curators to what kind of curatorial projects succeeded in addressing to the people whose problems they approach. Specifiably the authors are key social agents in their working context, engaged in analysis, conversations and the production of emancipatory art practices and discourses with social impact.